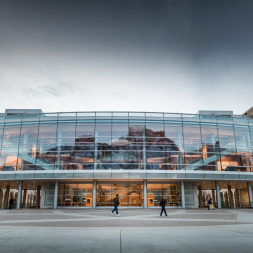 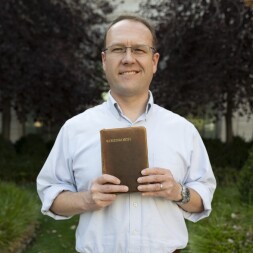 English Associate Professor and Students Work Together to Honor the Wordsworths
BY Heather Bergeson, September 29, 2020 12:00 AM
Associate professor Paul Westover and students enrolled in his Fall 2019 Romantic literature course curated exhibits to honor the memory of the English poet William Wordsworth and his sister, diarist Dorothy Wordsworth. 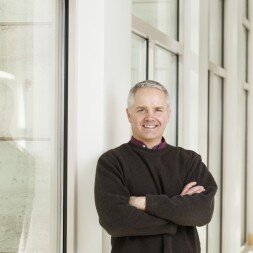 Education Week 2019: Humor and Humanity in Gary Larson's The Far Side Comic Series
BY Heather Bergeson, September 23, 2020 12:00 AM
BYU Professor Kerry Soper speaks on the famous comic series The Far Side and the life of its creator, Gary Larson.

Approaching the Social and Cultural Aspects of Translation
2 Min Read
BYU’s Marlene Hansen Esplin, Assistant Professor of Interdisciplinary Humanities, was elected to the International Comparative Literature Association’s (ICLA) Translation Committee this spring, 2020. Now, the secretary of this committee, Esplin shares how the study of problems of translation can lead to greater social consciousness. 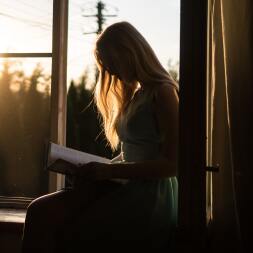 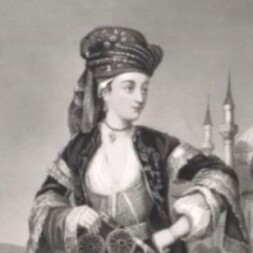 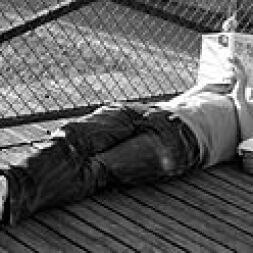 Corry Cropper on Albert Camus' The Plague (1947)
1 Min Read
Albert Camus’ novel depicts the city of Oran, Algeria during a contemporary outbreak of the plague. While there are obvious parallels between the plague in the novel and the peste brune (the brown plague, a nickname for the Nazis who occupied France during World War 2), by transforming the threat into an act of nature, Camus shifts the focus from human cruelty to the many reactions to suffering: some pretend it doesn’t exist, some try to escape it, others accept it and try to alleviate pain. 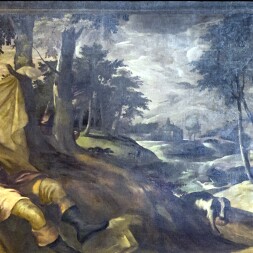 Dennis Cutchins on Literature & Disease
6 Min Read
Illness has been recorded in art for much of human history. In the fall of 2017, my colleague Brian Poole and I co-taught an Honors 220: Unexpected Connections course we titled “Literature and Disease.” The class was Brian’s idea. He’s a microbiologist in the College of Life Sciences, a virologist, and an expert on the human immune system.

Brandie R. Siegfried on Shakespeare and the Plague
2 Min Read
How can poetry, plays, and art flourish during a deadly pandemic? Learn how Shakespeare used the time of plagues to spur his creativity! 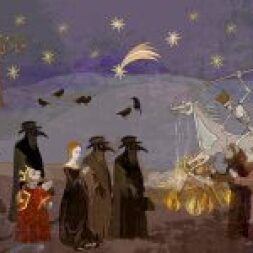 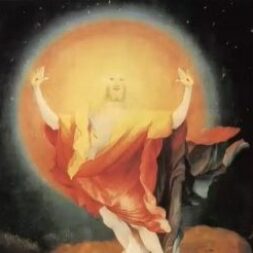 Elliott Wise on Art that Inspires Faith
1 Min Read
Assistant Professor Elliott Wise (Comparative Arts and Letters) shares how “plague crosses” served as a beacon of hope for those suffering from sickness during the Renaissance.